I bought a packet of christmas cards the other day and last night I was very cold in bed (!), two strong indicators that the end of the year is nigh and it is high time I released the box ep, the final part of the trilogy!

I will release the EP with a launch gig at the Glee Club on Friday November 27th. The studio room at the Glee is a beautiful, intimate setting to experience music so I am looking forward to this gig.

There are some very special guests too:

Vashti Anna: I encourage you to take a break, make a cup of tea and have a listen to Vashti’s new EP ‘Stronger in My Skin’. These intimate recordings are performed, produced and recorded by Vashti in her bedroom and reveal a striking, raw talent. West Midlands folk may have seen Vashti previously appear at the Glee Club as a guest of Tom Baxter, she also claims to have learnt to play piano in a cowshed(!) Read more @ BBC.

Michael Clarke:Â  Going by the name Clarkesville Michael released the critically acclaimed album ‘the Half Chapter’ on Wildstar Records. â€œThe songs I relate to best arenâ€™t the ones that tell me how it is, but let me explore how it is.â€ Michael is on form and currently recording some of his best work to date with his brother Steve on bass, Stuart Baxter Wilkinson on drums and Birmingham indie- space-rock inventor David Wright on lead guitar. Rogue States have recently released their debut Lights EP. This is a rare opportunity to witness the tender side of Michael’s writing with a personal and exposed solo acoustic set. 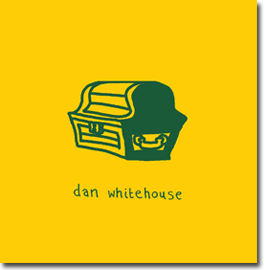 The Balloon: The Bubble & The Box: 3 EPs

The final part of the trilogy is almost complete and will be available to buy at the launch gig on November 27th. In the meantime I have posted 3 songs on my myspace.

If you enjoy discussion about music recordings then read on, if not then I shall say goodbye, it has been a pleasure and I hope to see you at the Glee Club show.

“This is one of the very best releases of the year. Really. Iâ€™ve been listening to it on a daily basis for quite some time and it never ever disappoints. Never loses its emotional intensity. Never ceases to surprise with its musical invention.” (Read more) – Steve Morris WCR FM Roots and Branches Show (Thursdays 22:00-00:00).

I have been working on the songs for this EP for sometime (though I do hate that phrase ‘working’ and prefer to think of it as growing). The oldest song is ‘Right Here’ which was written in 2000 and is the ‘title track’ of sorts as it refers to the box in the lyric (keen listeners may have noticed a theme running through the last track on all 3 EPs… No? listen more carefully!)

Box recording sessions began in February this year and thanks largely to the patience and commitment of sound engineer Ryan Pinson progress has continued steadily, through ’til the final session last week.

The production of the EP was a real collaborative effort; and I owe a depth of gratitude to the group of musicians that have come to form my ‘core band’ of John Large drums, Steve Clarke bass, June Mori Piano and Tom Bounford on Violin. We rehearsed, arranged and recorded the structure of the songs mostly live in the studio, before inviting several different musicians to contribute.

Highlights included a spaced out Sunday morning of tape delay/space echo lead guitar from David Wright (Rogue States) on ‘If I Grow Old’, knock out gospel from soul sisters Yvonne and Margerat Gordon on ‘Right Here’, the sort of perspective shifting ideas and electrified experimentation that I have grown to expect from Andy Bole and a grand finale of an impromptu choir hosted by the Turnstyle Theatre Group.

I am particularly pleased with the song Where Is The Love?Â  co written with Eric Barlow and featuring the voice of Carina Round and pedal steel of BJ Cole.

Once you have had a chance to listen and digest the new music do feel free to share your thoughts in person or online.

I also welcome any suggestions of other musicians you think I should collaborate with or play gigs with, get in touch.